Hubbard says the two have “wanted to kill each other” throughout their career and even went to therapy to work things out.

There was indeed a social media rift between Florida Georgia Line’s Tyler Hubbard and Brian Kelley — and it all had to do with the election.

The band made headlines earlier this month when fans noticed Hubbard had unfollowed Kelley on Instagram after the election was called in favor of Joe Biden. Many assumed the unfollow was politically motivated, as Hubbard had shown support for Biden-Harris, while Kelley appeared to be pro-Donald Trump.

Appearing together on SiriusXM’s Exit 209 with Storme Warren on Wednesday, Hubbard confirmed that was the case after Warren brought up the “social media elephant” in the room.

“We can clear the air. Someone sent me an article a few days ago saying me and BK were breaking up. That’s news to me,” he began. “I unfollowed BK for a few days while we were in the middle of this election and everything going on. And, and I even called him and told him, I said, ‘Hey buddy, I love you. And I love you a lot more in real life than on your Stories right now. That’s why I’m unfollowing you. Nothing personal. I still love you. You’re still my brother.'”

“I just didn’t want to see it every time I opened Instagram. And so it wasn’t a big deal,” he continued, saying the two are very much on “great terms” right now. “I might unfollow BK tomorrow, just to keep the media talking about it,” he joked.

Hubbard went on to say that politics “is created for division” and while they may have “difference of views or difference of opinion or the way we perceive our leaders,” the two both put their faith in God and “know he’s in control over Donald Trump or Joe Biden.” He added, “We’re voting Jesus in our world and trusting he’s in control.” 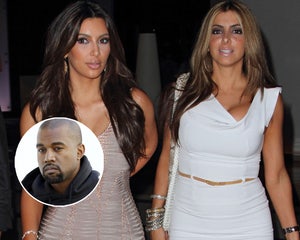 While this was only a little hiccup in their 10-year relationship, Hubbard said they’ve had many “hard times” with each other throughout their career.

“It’s not all sugar coated. And so the truth is — and I think this is important to talk about — me and BK have done work,” he explained. “We’ve went to therapy, we’ve sat with each other and wanted to kill each other at times. But by the end of it, we were hugging it out.”

“We’re brothers and that’s what brothers do. And, and brothers don’t always get along,” he continued. “So we’ve had moments where we wanted to kill each other, but a lot of it’s out of love. We put that first and foremost and we know the importance of our relationship and how much love we have for each other.”

For anyone looking for further proof they aren’t going their separate ways anytime soon, the band just signed a multi-year touring deal with Live Nation — hoping to hit the road as soon as summer 2021.