Here’s What Went Down During The Hocus Pocus Reunion

The stars got back in costume for one night only … or, at least, until we get a sequel!

The Halloween reunion everyone was waiting for has finally arrived.

Joining Midler — who was in costume and fake teeth no less — for the reunion were her fellow Sanderson Sisters Sarah Jessica Parker and Kathy Najimy. Also on board from the movie: Doug Jones all done up as Billy Butcherson, the Dennison kids, played by Omri Katz and Thora Birch and Vinessa Shaw as Allison. 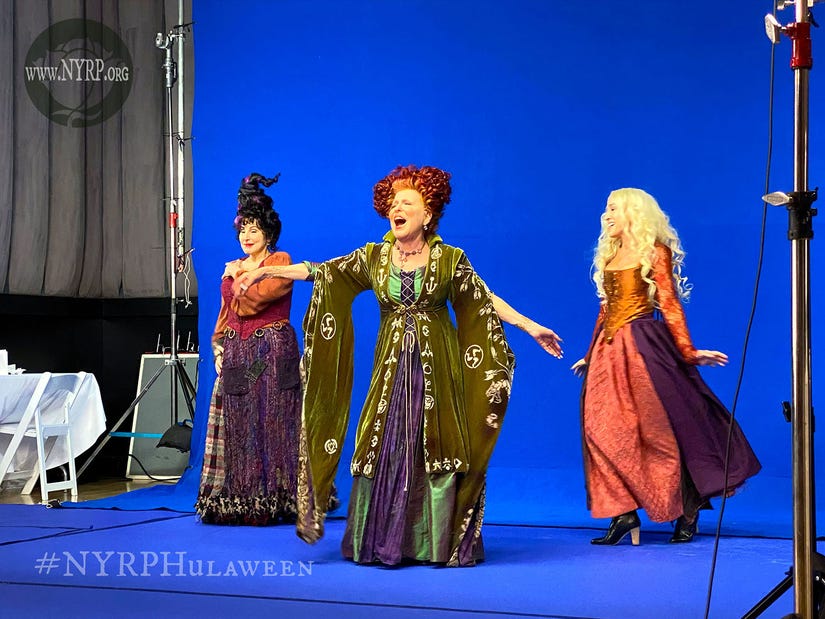 Hosted by Elvira, the whole thing was presented as a documentary about the search for the Sanderson Sisters, who have been performing in purgatory since the events of the film.

During the doc, viewers learned the sisters are actually the offspring of Merlin and Morgan le Fay, they attended (and were expelled from) Hogwarts and Max is still a virgin, at 44. Him lighting the Black Flame Candle once again awoke the witches.

After a run-in with The Devil (John Stamos, naturally), Winnie was tasked with doing a good deed and — finally reunited with her sisters — threw a benefit for the world. The event ended with the three giving us a 2020 rendition of “I Put a Spell on You,” before Mariah Carey dropped a few bars of “All I Want for Christmas Is You” to let us know Halloween season is over.

“Halloween’s nearly over, so scat! It’s my turn!” she shouted at her, slamming her door in her face.

As it was a one-night only event and a benefit, no videos from the special have yet been officially released.

The reunion comes 27 years after the original, which came on to become a Halloween staple.

Earlier this week, Midler confirmed she, Parker and Najimy have all agreed to appear in a sequel — and she’s even seen an outline of the script.

“They presented us with an outline, and after we picked ourselves up off the floor, because it’s been 27 years, we looked at it and I think all of us agreed that it was pretty great,” she told PEOPLE. 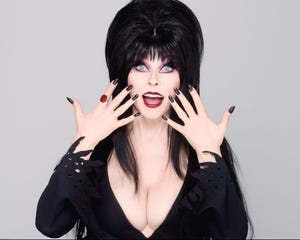 She’s Done It All, So What’s Left on Elvira’s Bucket List? (Exclusive)